Welcome to our new and improved website. We are still currently updating stock levels, please call us on 01263 739923 if you have issues with your order. 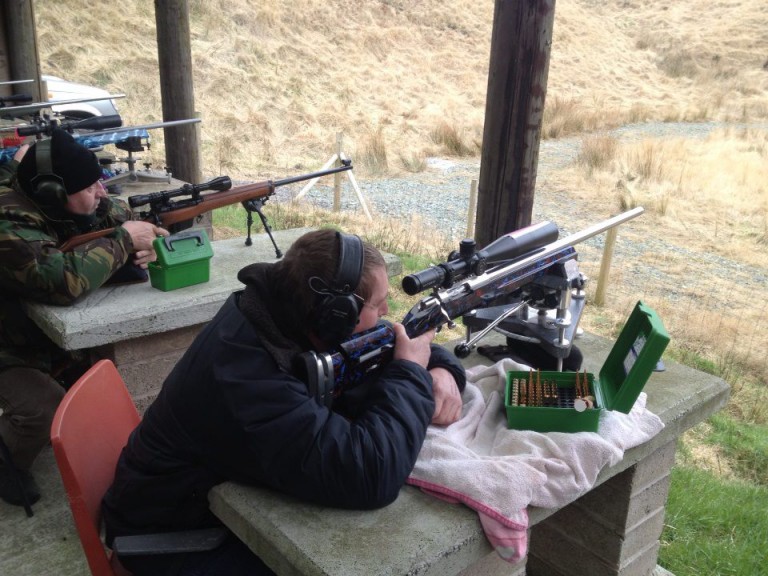 The myths, the rumours and the beginning.

Firstly welcome to 1967spud Reloading Supplies Ltd, I, me, Mark aka spud that is, started shooting way back in the early 70’s when I was only 5 or 6 years old. Most weekends I would be found either fishing with my dad in and around Aylsham, Norfolk on the river Bure for Silver Eels or what ever came our way. During the winter we were able to do a lot of walked up pheasant shooting and in February roost shooting after Pigeons. I was mostly using up until the age of 14 an old .22 Wierauch air rifle, my shooting quickly progressed from air rifles to shotguns at school leaving age, and once I got my own transport.

Moving forward a few years I got the chance to accompany a mate from school who was by now a full time game keeper, mostly lamping at night after fox and sometimes a bit of rabbit shooting. Any way the seed was set at that stage for me to own my first centre fire rifle. After another couple of years I got my own land with permission to control the rabbits and fox, so I needed a centre fire at last. My first “big” rifle was a Ruger M77 22-250 laminated stock and stainless barrel. After having it a while and struggling to get regular supplies of ammo I both liked and was confident with. I happened to be talking to a local gun dealer about my ammo supply problems and the conversation turned to the dark art of “reloading”. He suggested speaking to mate of his, about teaching me how to go about starting reloading.

Moving forward 15 years you now find me as a fulltime gamekeeper on a Norfolk Family Estate. With the invention of the Internet and eventually YouTube I came about an idea after watching some early uploads on there about rifle shooting and reloading and thinking I could do better, if not better then more UK sounding. As most of it is American on there and not always the easiest to understand. I started off just filming mostly kill shots of mine with the rifle and after a while I got a few people from with in the UK asking about reloading advice and whether I could do a feature on this matter or that. So it started and after 240 odd uploads YouTube deemed my channel to class as a partnership channel, which is no mean feat.

At this point I also found target shooting. At club level and also competing at national league level in the long range discipline of F Class shooting which I am fanatical about when time permits due to my job.

This in turn started people asking where they could buy the items I had either used in uploads or done reviews about. After a few weeks of thinking about it I decided to speak to Stainless Tumbling Media in the USA about stocking their products here in the UK. I had already done a lengthy review of their tumbler which was embedded on their site as they were that impressed. They agreed and in early 2012 the 1967spud website went live. Orders flew in from the very beginning for the tumblers from as far a field as Spain Germany and Italy. Customers who would ring up would ask whether I could also get this piece or that piece of reloading equipment as well .

A lot of rifle shooters now days want to start reloading themselves for many reasons, cost and availability of commercial ammunition, personal satisfaction or simply to learn some thing new and expand their knowledge and enjoyment of rifle shooting. The buzz for me now days apart from my beloved F Class, 100, 200 ,600 and 1000 yard Bench Rest Shooting, all at national level. Is getting new people in to reloading and helping where I can with advice and tuition and gear to the point where they can confidently and safely make that kill or get that bulls eye with their own ammo.

As from early 2017 I'm very proud and pleased to introduce Nathan to the team. Nathan comes from a non-shooting background but with a varied career in both retail and customer services. He will be managing all day to day human resources and sales at our Distribution Centre based in rural North Norfolk. He will also take on the role as a Director as well.

As from spring 2019 my daughter Amber (aka Chip) joins the team running all logistics and mail order deliveries. As a female shooter she'll hopefully add a feminine touch to our operation for the lady shooters out there.

More staff join in late 2020 with James joining the team. James is another new shooter to our sport and plans to get involved within the shooting community. He seems to like the idea of ELR but only time will tell. His main jobs will be stock control and website design.

Well that’s enough of my blathering.

ATB and may your next shot hit where you aimed.