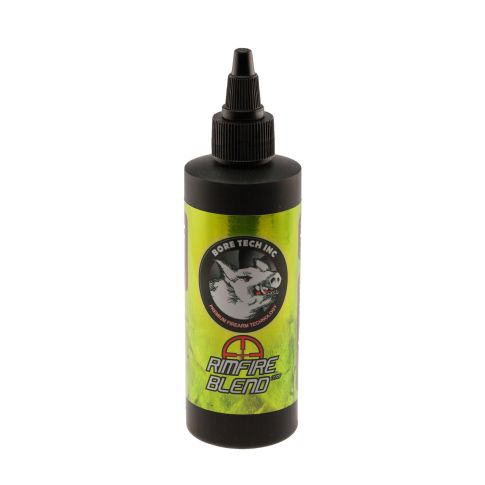 Bore Tech Eliminator™ Bore Cleaner is the patented, fast-acting, barrel safe, non-ammonia bore cleaner that has taken the shooting industry by storm. Eliminator has been proven to surpass the rigorous demands of the modern day shooter and is the cleaner of choice by shooters worldwide who demand the best.

Rimfire Blend’s proprietary formulation utilizes a combination of chemicals that contains no ammonia, no offensive odors and is 100% biodegradable. It has the ability to simultaneously cut through the layers of lead, wax and carbon fouling and buildup found on barrel walls.

Rimfire Blend uses an exclusive blend of surfactants, penetrants and releasing agents to penetrate and lift lead fouling off of the barrel’s surface. This technology allows the chemical to perform all the “grunt” work, allowing for minimal time spent brushing and patching. The proof is on the patch, so do not be surprised when you see strands and flecks of lead fouling coming out the end of your bore!